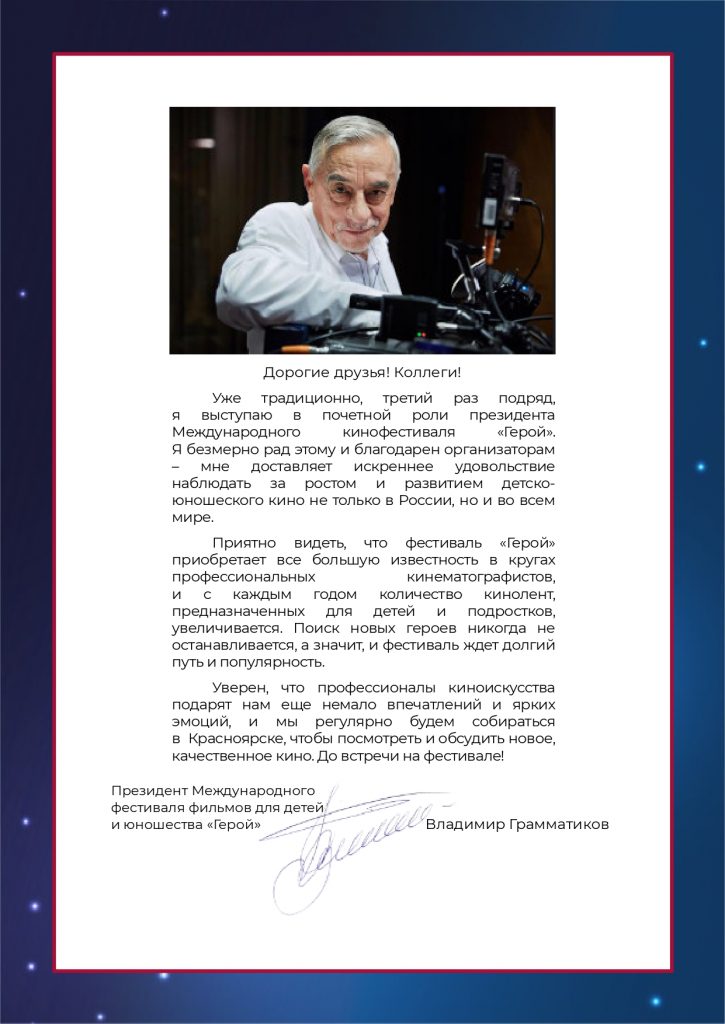 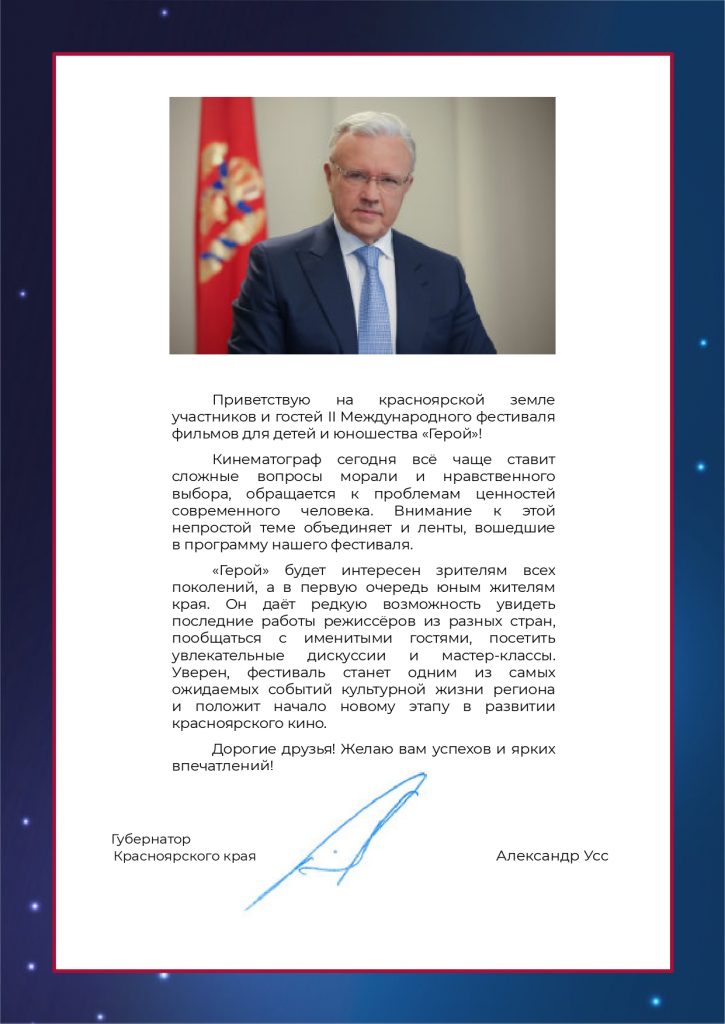 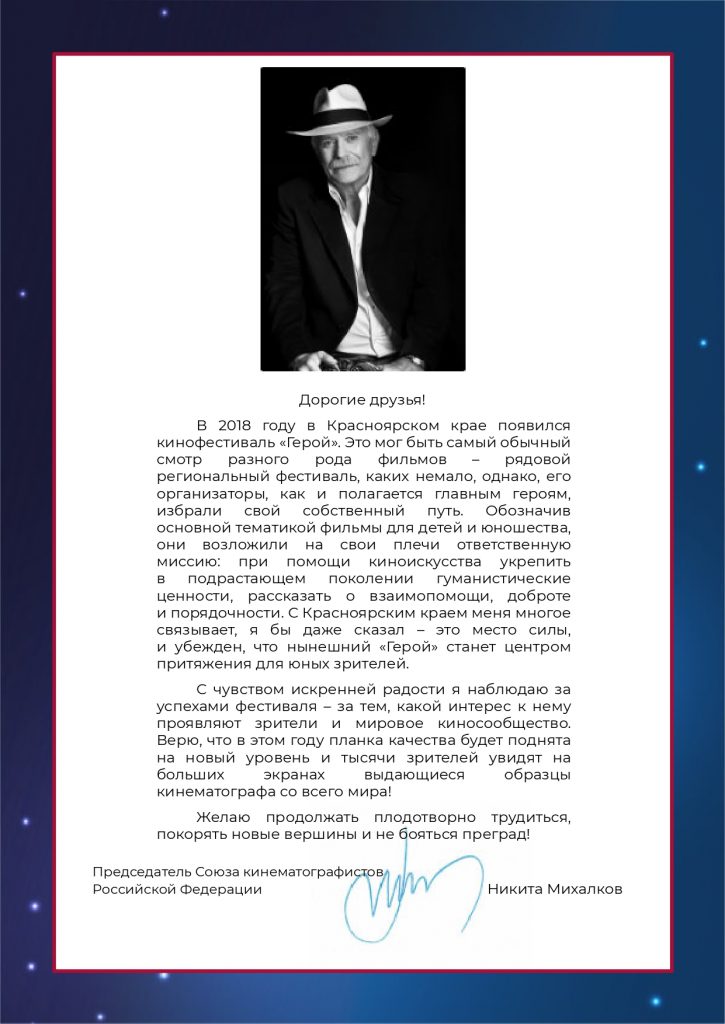 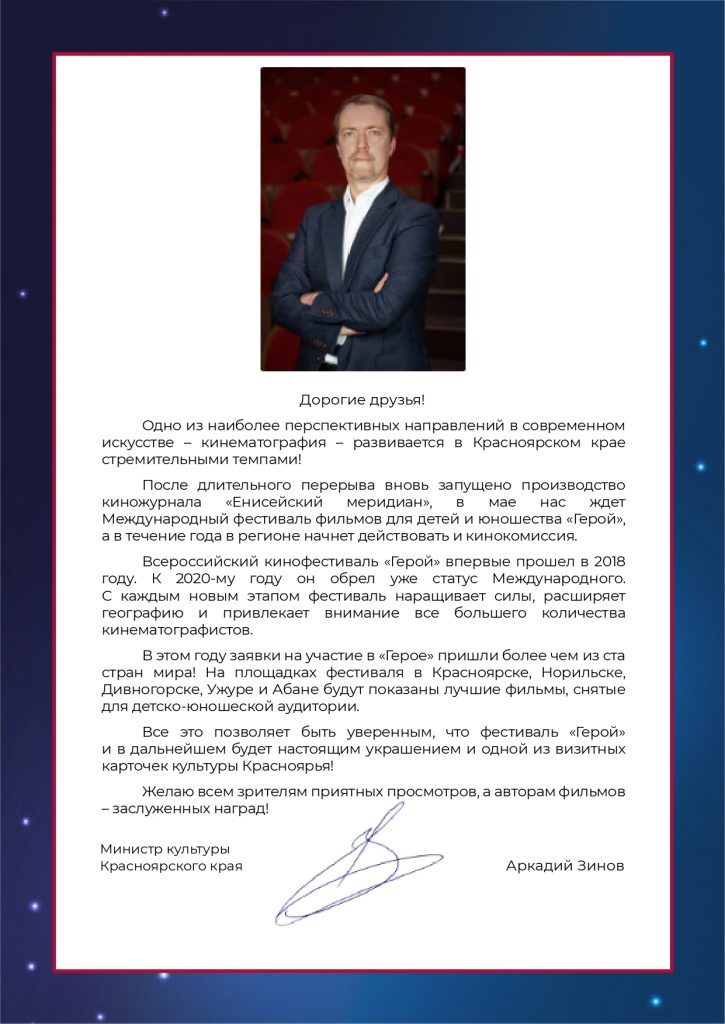 The festival “Hero” is meant to be a platform
for pondering and discussing the moral compass for modern youth. The festival organizers believe that it is one of the most important educational topics. Such values as patriotism, tolerance, and traditional virtues are discussed at all the festival events in some or other way. All the festival material is chosen in accordance with multi-genre and multi-cultural approaches. The concept of hero is represented in all spheres, and in all film genres (fiction film, animated film, documentary): a hero that inspires us to perform good deeds, accomplishes small and major feats every second, and helps us to determine life values, priorities and our moral compass.

The festival traces its origins back to 2018 when it was held in All-Russian format. The International Film Festival for Children and Youth "Hero" was held in 2020 in the Krasnoyarsk region, and became the only international film festival for children and youth on the territory from Eastern Siberia to Sakhalin. The appearance of a professional film contest festival for children in Krasnoyarsk is another reminder of how important it is to make films for young viewers. Moreover, the festival supports those rare filmmakers who create and promote this part of cinematography nowadays.

The main aim of the festival is to provide conditions for the development of creative abilities and visual thinking of children, to broaden their horizons through acquaintance with outstanding examples of Russian and world modern and classical cinema, to develop their moral values, aesthetic attitude toward the world around us, and their own taste for art.

The competitive and non-competitive program of the festival is presented by professional works of Russian and foreign film-makers: full-length and short fiction, animated films and documentaries.

Professional works of both recognized and novice filmmakers are admitted to the competitive and out-of-competition program of the festival. There is a special nomination for children and teenagers: "Who is your hero?" 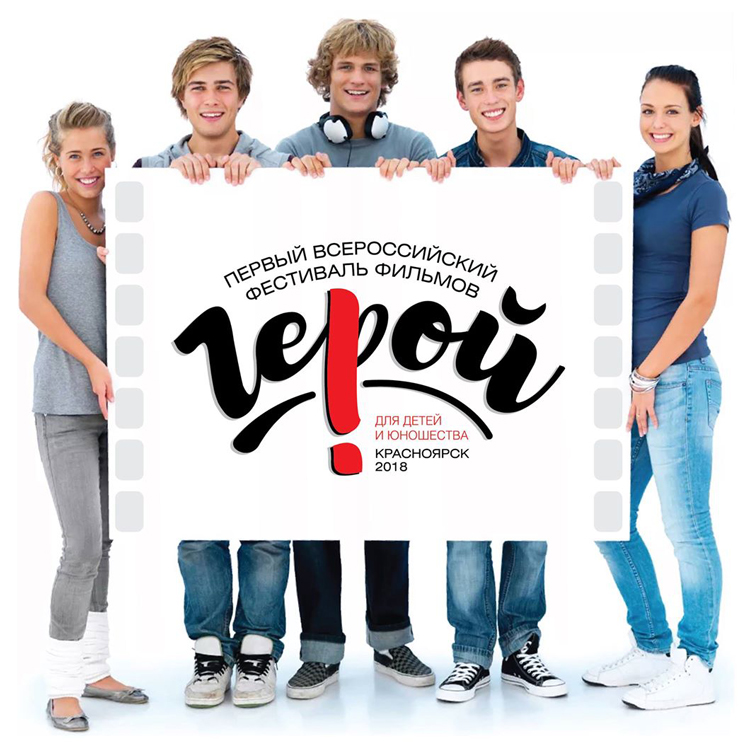